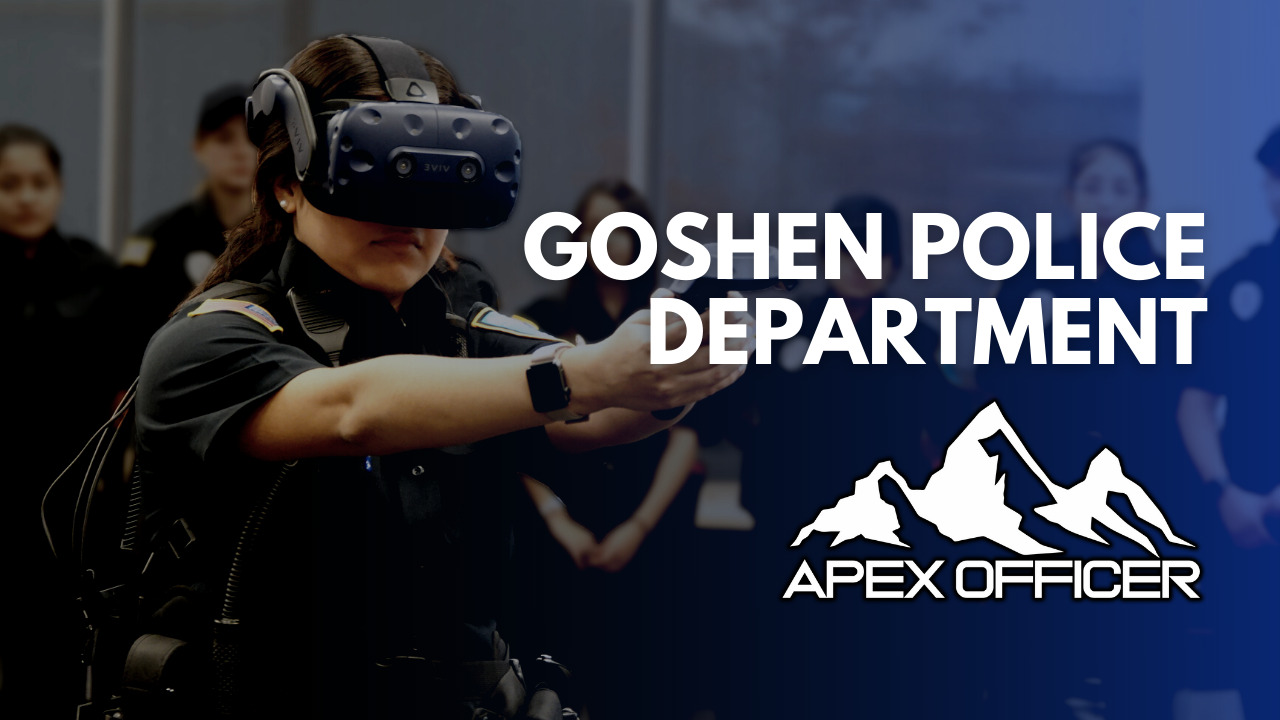 Goshen Police Department is the primary law enforcement agency responsible for providing policing and public safety services to the over 34,000 residents living and working in the greater Elkhart-Goshen Metropolitan area. As the primary law enforcement agency within this community, Goshen Police Department was looking for a better way to train and prepare their officers for real-life deescalation and use of force incidents.

After significant research on the various training simulator options, the Goshen Police Department chose to include the Apex Officer VR use of force, crisis intervention, and de-escalation training simulator as a major component of its training program. The Apex Officer virtual reality training system is capable of simulating an infinite number of different training scenarios that can convey body language and other non-verbal threat cues that are a crucial part of progressive judgmental use of force training.

In a recent interview titled Goshen police to get virtual training simulator, published by Goshen News, Goshen Mayor Jeremy Stutsman stated, "This is a virtual reality system, and it’s pretty incredible." “I think it will really help our officers stay better trained and work through scenarios that we create ourselves instead of standard scenarios that come with most of these groups.” Although the system is still new to Goshen Police Department, we look forward to their continued use of the Apex Officer VR training system. Goshen PD is the first step towards fulfilling Apex Officer's goal of providing police officers in the state of Indiana improve training with the help of virtual reality technology.