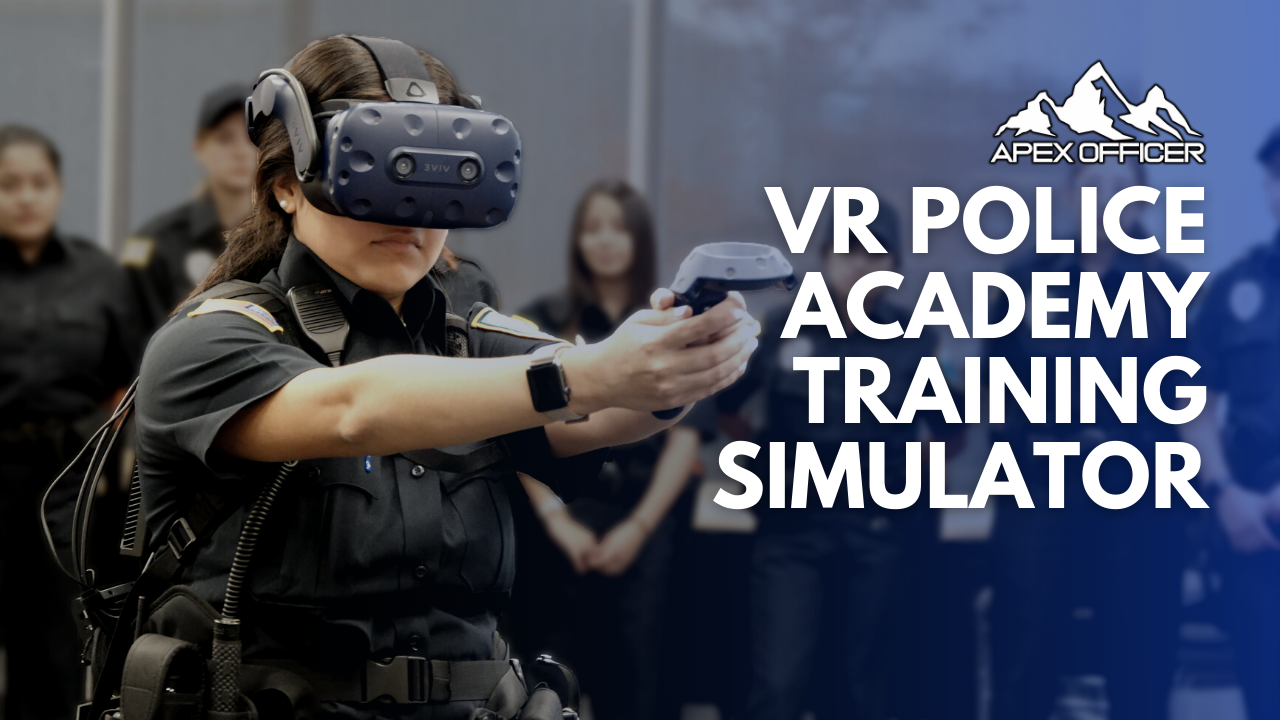 Apex Officer offers the best virtual reality hardware and technology to create the world’s most realistic and immersive force options, de-escalation, and crisis intervention training simulator for police and law enforcement academies. There are over 600 state and law enforcement training academies and approximately 50,000 recruits and future police officers enter a basic police training program at over every year.

Every state has different police training requirements, so every police academy is going to have different policies and procedures used to train the future law enforcement officers of America. To understand how Apex Officer's Police Academy Training Simulator helps them accomplish their training goals, it's best to look at specific police academies and their use case. Below you will find a few examples of how police academies utilize the Apex Officer training simulator:

Learn more about how the Apex Officer police academy training simulator is currently being used by police and law enforcement academies:

The Apex Officer team works closely with our law enforcement partners to ensure our training content is superior in quality, realism, immersion, and relevance. With feedback from our law enforcement partners and subject matter experts, our software developers are able to create intense, realistic scenarios, which are displayed using the best virtual reality technology.

All Apex Officer police academy training simulators introduce basic legal concepts necessary to serve as police officers. Including, but not limited to the following:

If you are looking to create the most realistic and immersive training environment, Apex Officer offers the best virtual reality hardware and technology to create the world’s most realistic and immersive force options, de-escalation, and crisis intervention training simulator for police and law enforcement academies. If you are interested in learning more about how virtual reality training can provide recruits and future law enforcement officers with the best training, please reach out to our team of Apex Officer product experts today and schedule your free product demonstration.

What Are The Benefits Of Virtual Reality Training For Police Academies?

Virtual reality is ready to be a leap forward innovation for police academies and law enforcement training facilities because of its vivid nature and the opportunity it offers to rehearse in practical settings without stressing over results. Advantages associated with virtual reality training:

How long are police officers training at police academies?

Excluding field training, the average length of a basic law enforcement training program in a training academy was about 840 hours, or 21 weeks. This was about 2 weeks longer than was observed in the 2006 CLETA. Academies operated by agencies with special jurisdictions (such as natural resources, parks, or transportation systems) had the longest training programs (an average of 1,075 hours), followed by county police academies (1,029 hours). Academies operated by state POST agencies (650 hours), technical schools (703 hours), and sheriffs’ offices (706 hours) had the shortest training programs on average. Across all types of academies, each recruit spent an average of 806 hours each completing basic training (not shown).

How are police officers tested at training academies?

Law enforcement training academies used a variety of tests to evaluate recruits. Nearly all academies evaluated recruits with written tests (95%) and skills proficiency tests (93%), and they administered a median of 16 written tests and 5 skills proficiency tests to each recruit (table 14). Eighty-eight percent of academies used physical fitness tests with a median of three tests, and 76% used scenario-based tests with a median of seven tests. Competency exams constructed by a state POST commission or other state level agency were used by 70% of academies.

Who is being trained at law enforcement academies?

A total of 488 (73%) academies provided data on the sex of 91,000 recruits entering basic training programs from 2011 to 2013. Fifteen percent of these recruits were female, down slightly from the estimated 17% in 2005. During the same period, 336 (51%) academies provided data on race and Hispanic origin for 58,000 recruits entering basic training. As in 2005, 70% of these recruits were white, and 30% were members of a racial or ethnic minority. Blacks and Hispanics each accounted for 13% of recruits, and 4% were members of other races.

Where are new law enforcement officers currently being trained?

From 2011 to 2013, nearly half (47%) of the academies that provided basic training for new recruits were based at an educational institution such as a 2-year college (33%), 4-year college or university (7%), or technical school (7%). Municipal police departments operated 20% of academies, sheriffs’ offices operated 10%, and state police or highway patrol agencies operated 6%. State Peace Officer Standards and Training (POST) agencies, which typically certify peace officers, operated 5% of academies.

Nearly all (96%) state and local law enforcement training academies used a class structure for basic training (groups of recruits being trained at the same time). From 2011 to 2013, academies held a median of six training classes, or two classes per year. The median smallest class size was 14 recruits and the median largest class size was 28 recruits. Overall, there was a large range of class sizes. Some academies had classes with 1 graduate and others had classes with more than 1,000 graduates.

What subject areas are police officers focused on during the police academy?

Among the major topical training areas in the CLETA survey, the most required training hours were in the area of operations (more than 200 hours per recruit). Major topics covered in operations training included patrol procedures (52 hours), investigations (42 hours), emergency vehicle operations (38 hours), and report writing (25 hours).

An average of 168 hours per recruit were required for training on weapons, defensive tactics, and the use of force. Recruits spent most of this time on firearms (71 hours) and self-defense (60 hours) training. Recruits also spent an average of 21 hours on the use of force, which may have included training on agency policies, deescalation-training, and crisis intervention strategies.

Recruits were typically also required to take training classes in self-improvement (89 hours per recruit) and legal education (86 hours). On average, more than half of self-improvement training hours were related to health and fitness (49 hours). A majority of the legal training focused on criminal and constitutional law (53 hours) and traffic law (23 hours). Nearly a third (29%) of academies required basic foreign language training with an average of 9 hours per recruit. 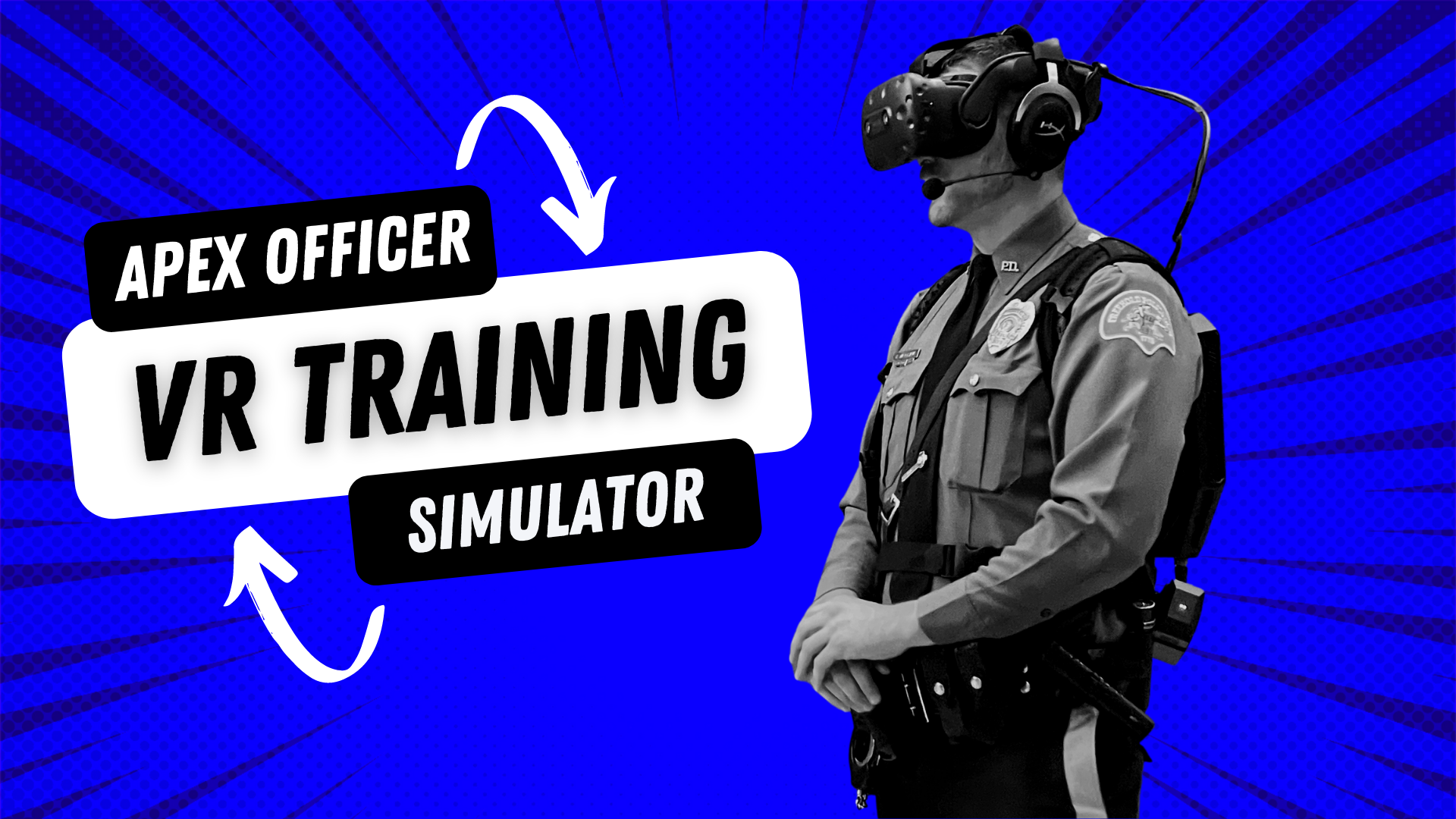 Corrections officers utilize the Apex Officer simulator to better prepare them for their job. 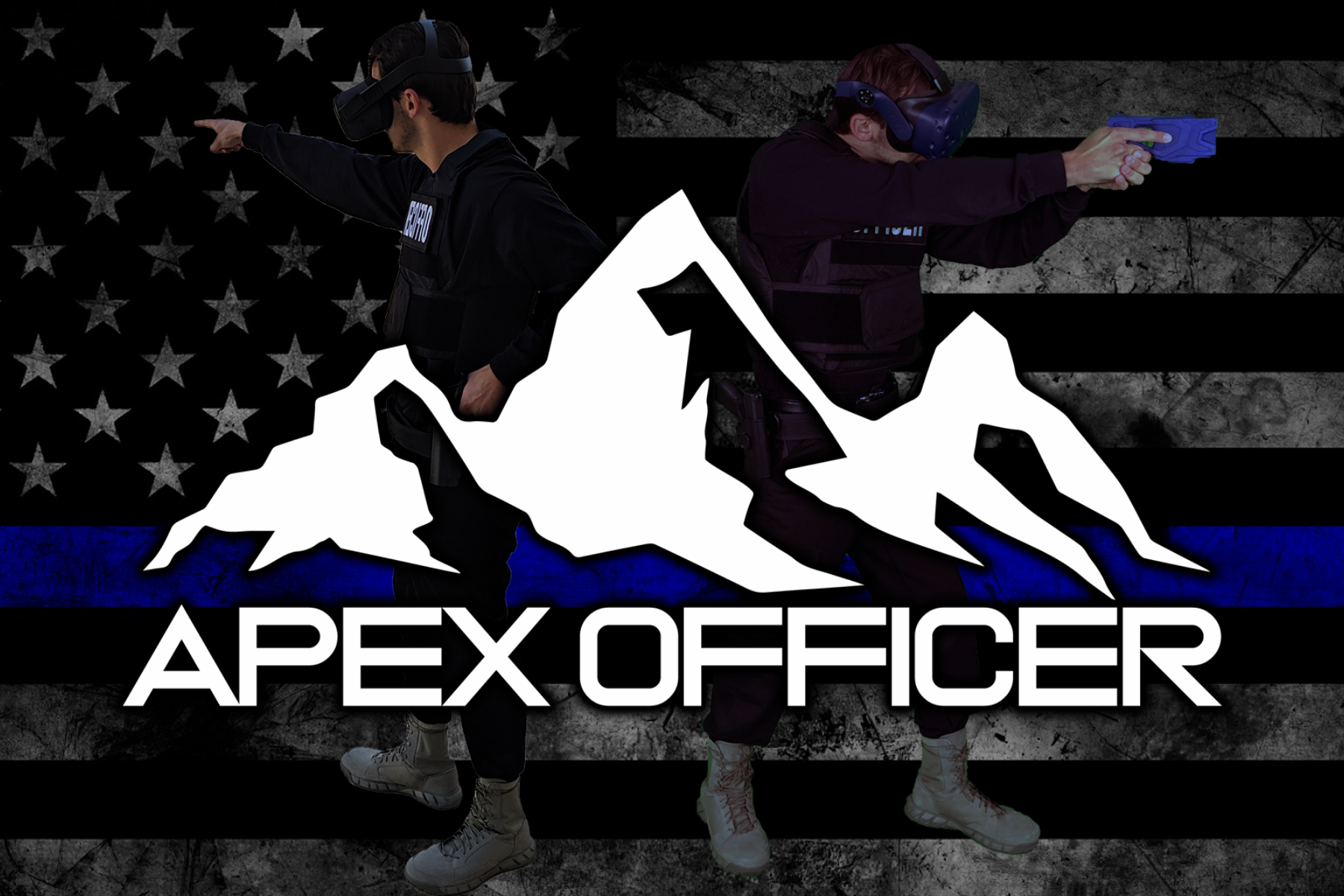 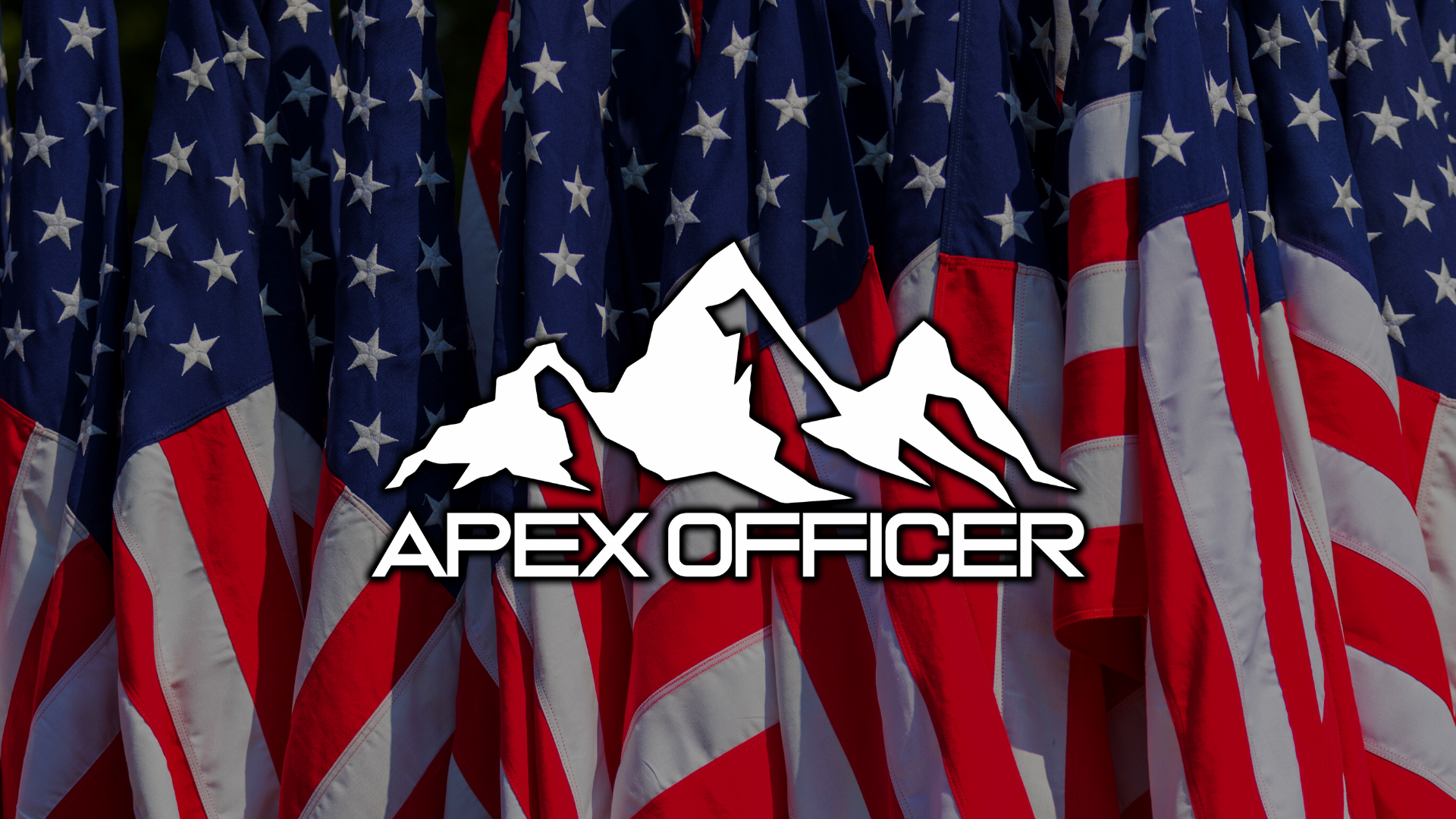 An overview of community policing and how it helps law enforcement agencies.